During my latest upgrade from vSphere 6.7 to vSphere v7 with one of my customers, I experienced a problem with VCSA backup prior to the upgrade. It failed with an error message that says “statsmonitor service not running”. 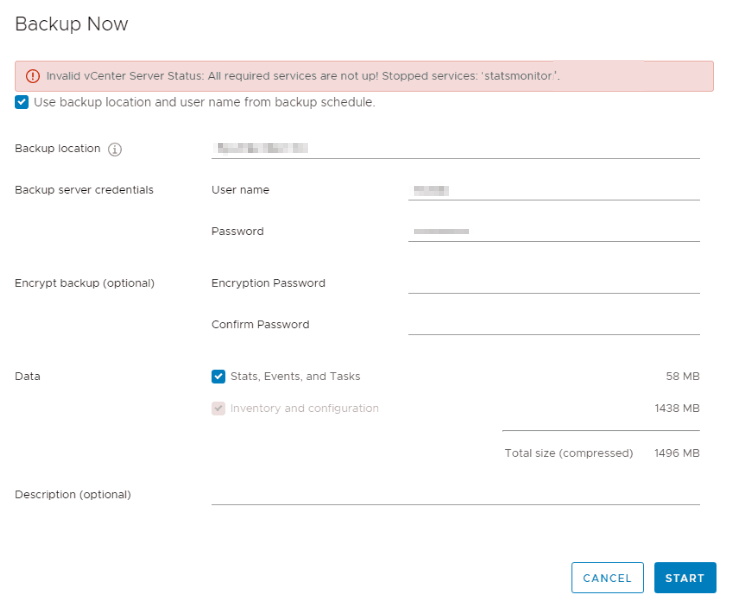 Trying to start the service manually with the following command failed too:

After a quick search I found following VMware KB55640  which helped me to resolve this issue. As in that KB stated, this issue occurs due to start up timeout for StatsMonitor Service, so I just modified the service configuration to have a higher startup timeout.

1. First off, take a snapshot of VCSA without memory.

2. Log into the VCSA Appliance Master Node as root via SSH or Console, pressing ALT+F1 in a Console to log in.

4. Stop and start statsmonitor service explicitly by running this command:

5. Reboot the VCSA and check after 10-15 mins and the Statsmonitor Service should start up automatically.

After applying those changes we were able to backup VCSA.